Dragon’s Crown is a beat ’em up / RPG hybrid which was released for PS3 in 2013. Developed by Vanillaware, and published by Atlus, Dragon’s Crown was a definitive, one-of-a-kind title for the PS3.  It combined the beat ’em up action of Golden Axe, TMNT, Streets of Rage, and Final Fight, and the RPG action of a game, such as Final Fantasy, to level up your abilities, as well as take on side-quests, shop for items, and battle in a fantasy land. Our Dragon’s Crown Pro preview will detail the upcoming changes as well as what sets the game apart from others of its kind.

While beat ’em up RPGs are a seldom breed, seen in Scott Pilgrim vs. The World and Guardian Heroes, what sets Dragon’s Crown apart is its unique art style. Vanillaware’s past works, such as Odin’s Sphere, reflect this. The beautiful, hand-drawn artwork and animation draws the player into its detail world. But it sets its own statement and delivers a world unlike any other. Therefore, with the PS4 Pro remaster coming out, we’ve covered a list of features to look forward to.

What is Dragon’s Crown?

In Dragon’s Crown, you take on one of the six classes available in the game. Fighter, Amazon, Elf, Sorceress, Wizard, and Dwarf are all available to the player from the start. The player starts in a town setting, searching for the ancient relic, the Dragon’s Crown. The straightforward story sets you on a one-track goal to collect the Dragon’s Crown. However, you will find the lore written within the dialogue of NPCs, dungeons, and the quests you embark on. Talking to NPCs is crucial and can unlock side-quests for the players. Amidst the stages you enter, you will enter all of them more than once. For some cases, it’s to collect a rare item or to level up. But for the mandatory part, you will enter them at least twice to unlock the alternate route. Consequently, this means alternate enemies and boss fights as well.

Collecting loot in Dragon’s Crown is a major part of the game. You’ll equip different weapons and armor after each stage. At the end of the grizzly boss battle, you’ll heal yourself and return to town. Also, you can also party up with three other teammates, online or offline, and fight for glory cooperatively. The boss battles range from epic battles, such as a killer rabbit, a gorgon, or even a grotesque Chimera.

Dragon’s Crown Pro upgrades the experience visually. For 4KTV owners, this includes 4K support. One major change of Dragon’s Crown Pro includes the soundtrack. Remastered completely, the music is now played by a live orchestra. Comparatively, it could have fooled myself, as the music in Dragon’s Crown was a beautiful experience and one of the best parts of the original game. In addition, however, dual audio language options are available now, as well as subtitles. Check out more of the changes here and here.

In the original title, Dragon’s Crown featured a slew of updates as well as DLC. While Narrator Voice unlocks made up the bulk of the downloadable content, the game’s amount of updates made it playable for months after its release. Granted, while many players may have finished most of the game before ever coming to these updates, rest assured. Every update from the original Dragon’s Crown will be available in the PS4 remaster. Note that the PS3 and Vita versions will be available for cross-play with the upcoming PS4 version. Check out the list here to see the updates available in the original game.

Is Dragon’s Crown Pro right for you?

As a standalone title, Dragon’s Crown is a one-of-a-kind game. The beat ’em up battle system features lane travel, as opposed to a linear path, such as in Odin’s Sphere. With 4-player co-op, adjustable difficulties, and even a challenge tower – The Labyrinth of Chaos – the replay value becomes a major part of the original game. You’ll combat enemies with combo strikes and form strategies, protecting your team from harm and coordinating attacks and magic spells with them. You upgrade your skills at a guild and customize at your own leisure. Then you go back out there and beat the crap out of enemies while collecting loot. 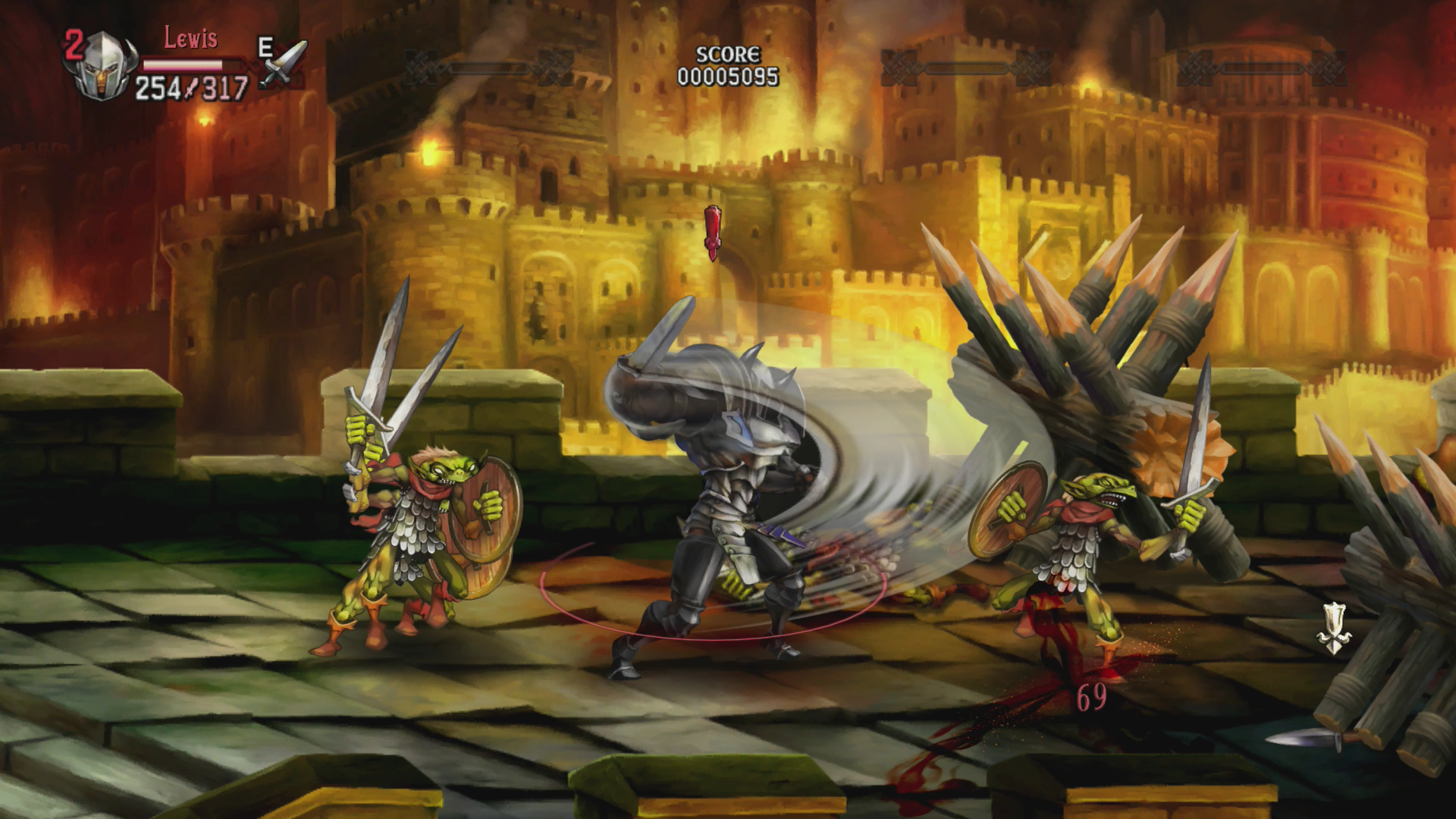 Dragon’s Crown’s soundtrack was composed by Hitoshi Sakamoto, composer of Final Fantasy Tactics and dozens of other RPGs. His music compliments the beautiful, hand-drawn world of Dragon’s Crown as you explore secrets, fight in boss battles, and save beautiful maidens from their fate. Finally, Dragon’s Crown is defined not just by its beat ’em up combat, its RPG elements, or its beautiful artwork, but by every element of the game coming together cohesively.

Dragon’s Crown Pro releases for PlayStation 4 on May 15, 2018. Preorder the standard edition of the game or check out the battle-hardened edition, complete with seven skill cards and a metal casing.

Did you enjoy our Dragon’s Crown Pro preview? Have you played the game on PS3 or PSVita, or will this be your first time playing? Let us know in the comments below!

Rumor: Modern Warfare 2 Remaster On the Way; Won’t Include Multiplayer

Rango has been gaming since 1993. He loves Action/Adventure, JRPG, and Platforming games the most. When he's not writing reviews, he competes in Super Smash Bros. Ultimate tournaments.