Let it go on record that I firmly believe that the toxicity of today’s marketing and business strategies in the video game industry will ultimately lead to its downfall. Video gaming was once a simple, straightforward concept. There was no such thing as downloadable content or add-ons unless it was a PC title with an expansion pack; video games were released in their complete form after years of development. There weren’t additional map packs, downloadable vehicles or microtransactions to expedite your progress. It was a “what you see is what you get” thematic. Here’s the product, we hope you enjoy it, that’ll be $39.99 – $49.99. As we broke out of the early 2000’s with the seventh generation consoles, we saw an increase in video game prices as well as new concepts to encourage the consumer to spend more money: downloadable content and subsequently, the infamous season pass.

It’s a tried and true practice as we enter the tenth year since downloadable content transformed into more than the occasional free seasoning to a flavorful experience. Downloadable content is essentially a staple in the gaming community, the Aiden to Jodie Holmes, if you will, and sometimes, it serves a decent purpose. We now live in a world where development companies spend more time worrying about how to make more money off of their product after its scheduled release before it even hits shelves. We sit idly by while they plan and create content to be released subsequent the game’s launch before the game hits the beta stage. Companies can’t charge more than the MSRP $59.99 for the title, so what do they do? Create content that easily could have and should have been a part of the total package and make you think you need it for the experience to be complete and before you know it, you’ve just spent $125 on a single video game.

There’s nothing we can do about it, really. At the end of the day, just because it’s there, doesn’t mean you have to have it. Which is fine, but in the background, some developers have decided to test the blind faith of their customers and we’ve just hit a milestone with Batman: Arkham Knight’s season pass announcement.

Late last month, Warner Bros. announced the season pass for Batman: Arkham Knight, detailing that it will cost £32.99 / $39.99 if purchased on its own, or available in a Premium Edition of the game priced £87.98 / $99 on PS4 and Xbox One. The season pass will provide downloadable content for six months subsequent the game’s release on June 23, this year. The only information presently available is, “new story missions, additional super-villains invading Gotham City, legendary Batmobile skins, advanced challenge maps, alternative character skins, and new drive-able race tracks.”

It sounds appealing, certainly, but excuse me, did you say $40 for the season pass? Now, I’ve purchased two or three season passes in the past for games, The Witcher 3 included, but I knew damn well what I was getting. Now, gamers are expected to throw down 2/3 the cost of a full game for some vaguely described content that may or may not even be worth the price in terms of quality. Who in their right state of mind would go for that, blindly? Well, either and/or those with the money to spare and huge Batman fans, obviously.

Breaking it down, we know there will be six pieces of downloadable content coming once a month for six months. With doing the math, that roughly translates into each content pack averaging to $7 a piece. Some may cost more, some may cost less; for example, the drive-able race tracks might cost $10 while the skins cost $4, but let’s go with the average for the sake of the argument. How do we even know if either piece of the DLC is worth the asking price? We don’t. The new missions could last five minutes for all we know, the new Batmobile and character skins might be ugly, the race tracks might suck. We’re honestly expected to blindly throw down the $40, which is non-refundable once the game launches, and just pray that it was worth it? I’d rather eat the money.

Not to mention the distribution time. The game is going to be released at the end of June, with one piece of DLC each month for six months. So we should expect the last content to arrive around December. Don’t get me wrong, I enjoyed Arkham Asylum, loved Arkham City and sort of enjoyed Arkham Origins, but I didn’t play either for longer than a month before I completed the game and moved onto something else. Is the expectation of DLC supposed to inspire me to take my time even more? The idea of going back every month to a game I’d already finished just to complete a new mission or peek at a new outfit for Catwoman is tedious and makes me feel like I’m shackled to the game. 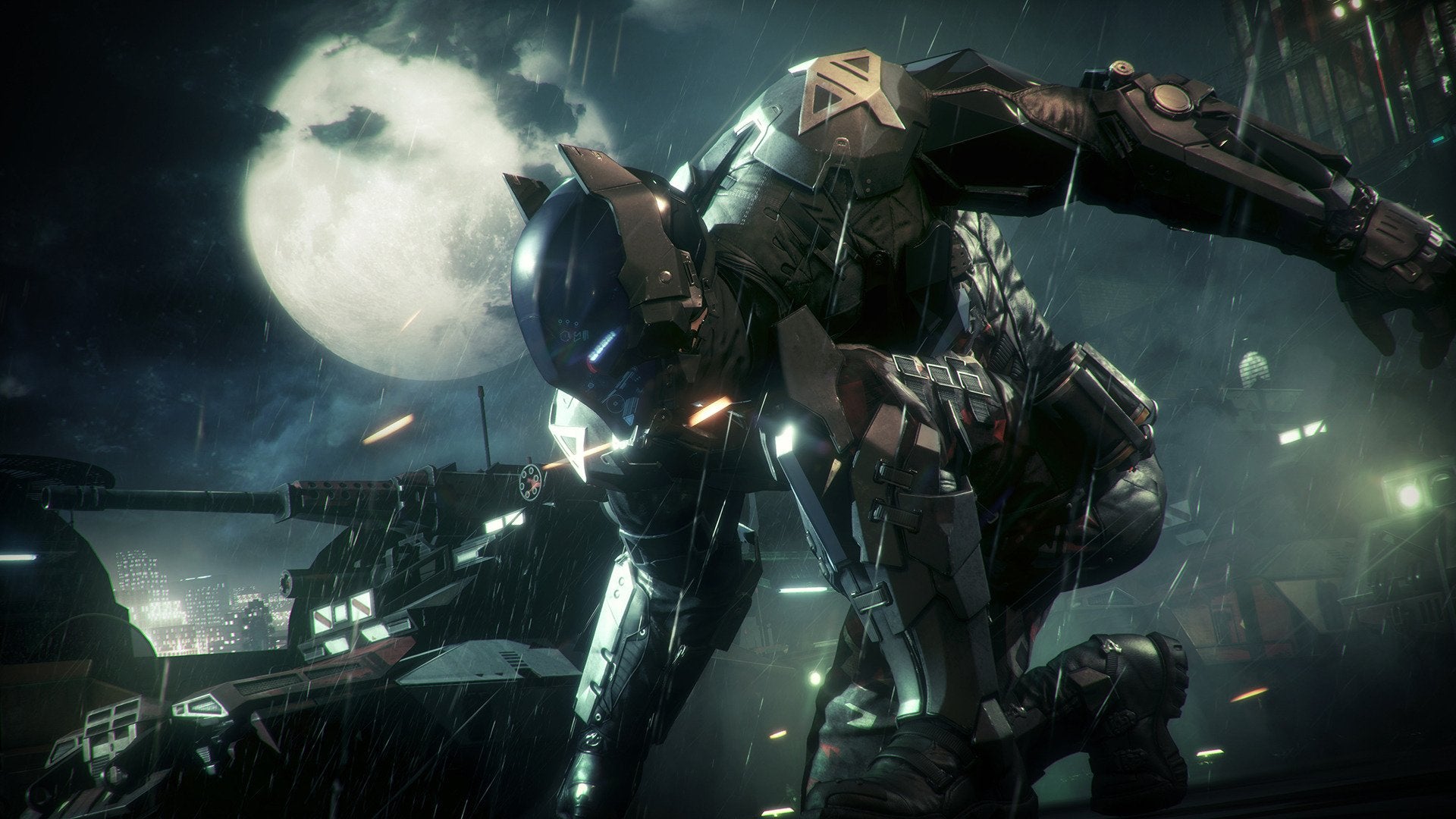 I don’t like these mind games. Like a normal person with a lick of common sense, I’ll wait until all of the content is released. Season passes don’t expire or disappear after the game’s launch. If, after the sixth month, I decide that all the content is actually worth it, I’ll pick up the season pass and save X% compared to buying the DLC separately. Wait a bit longer and perhaps even the DLC or the season pass itself will be discounted. There’s not a time limit on downloadable content or even a season pass, so don’t let companies make you feel like you need to urgently throw more money at the game.

The topic of the season pass is an opinionated one and as such, the answer depends on who you ask and what kind of gamer they are. For the gamer who’s been breaking their neck waiting for Call of Duty 32, pre-ordered the collector’s edition the day of announcement, the green light for obtaining a season pass is as clear as a summer’s day. Such gamers, who developers and marketing teams make collector’s editions for in the first place, are usually the kind who know what they like regardless of external criticism; the amount of hours they’ll inevitably pour into the experience will most likely be on the same level of their financial funding to the game, so they’re getting their money’s worth.

For anyone else, though, the season pass concept isn’t one to shake a stick at. I remember a few discussions I’ve had with fellow gamer friends who are still on the other side of the fence in regard to paid downloadable content; they argue the fact that one’s paying $60 for a game and still not getting its completed form. At the end of the day, with games that rely on released content post-launch, are games that sneakily dodge the MSRP barrier of $59.99 and their product ends up costing say, $99.99 instead. I mean, one can’t particularly blame businesses for doing what businesses do, but one can certainly feel as though the practice takes advantage of both the business model and the consumer in the same breath.

In situations like these, we’re reminded that the season pass was only created as an assurance of video game retention, not to push quality or deliver value. It’s a way to get you to hold onto your copy of a game, instead of trading it in or giving it to a friend. Developers and publishers want customers to buy a brand new copy; they don’t make money on pre-owned games. Batman: Arkham Knight’s season pass is exorbitant and absurd. Don’t get me wrong, I’ll still pick up the game at launch and most certainly enjoy it, but I’ll also enjoy the fact that I only spent $60, not $100.

For most gamers, the best response to the season pass is simply patience. I’m not in the business of telling others how to live their lives, but games will always be on the shelves and their additional content will always be in your console’s online store. Just don’t forget the inevitable “Game of the Year” editions of games that seem to be just as commonplace as the season pass itself. A year later, the same game will be re-released with all of its released content for the price of the game alone, which essentially makes the DLC cheaper. You can get the same content that costs $80 in one year and $30 the next.

EA teases the next Need For Speed game

Video game enthusiast, James Bond aficionado, Tomb Raider expert, and lover of Beefeater gin. I'm a creature of habit and I'm either found buried in a book or working through my video game backlog when I'm not working my day job.

Everything we know about Luigi’s Mansion 3.

Could Sega Release Madou Monogatari in the West?

Will Nintendo Release an M-Rated Fire Emblem Title Next?

#StopEAAbuse — The Movement Calling for Change in The Sims

Fire Emblem: Three Houses Review The illustrious Fire Emblem series has received a string of success with 3DS games and...

Trials of Mana Seiken Densetsu 3 was an SNES title originally released exclusively for Japan. As the sequel to Secret...